Cats will have their own preferences when it comes to their cat litter – which could be down to how sensitive it feels on their paws or from habits formed from when they were kittens. If you do not use the litter that your cat feels comfortable with, you run the risk that they will refuse to use the litter box altogether.

If you already have a cat and a litter tray that he/she is more than happy to use, think very hard about changing the litter – you need a very good reason to change things up! Remember – this is about what the cat prefers. For some cats, the type of litter doesn’t make much of a difference. For others, it can be crucial enough to make them avoid the litter box!

That said, there are situations where choosing a new type of cat litter is a correct decision.

So, what should you consider when choosing a litter?

Clumping is perhaps one of the most notable characteristics of cat litter.

Clumping litter usually contains a substance called bentonite which absorbs the urine and creates a solid lump, leaving the rest of the litter around it dry and clean. When it’s scooping time, you just take out the hardened urine clumps along with the faeces.

Non-clumping litter simply lets urine sift through, absorbing some of the odour through additives such as baking soda or charcoal. You can only scoop out faeces, while the urine dries up in the rest of the litter. The only way to clean the urine from the box is by changing all of the litter, usually once a week. Some non-clumping litter is based on silica crystals. The silica crystals are very similar to those used in desiccants. They absorb the urine more quickly than grains of clay would, allowing the water to slowly evaporate while keeping the “smelly stuff” inside them.

For the cats, clumping or non-clumping is a matter of personal preference. Owners often prefer clumping litter because it’s easier to clean the box and there’s no need to change all of the litter at once. Clumping litter is usually more expensive, yet you use less of it over time.

Some owners find that clumping litter tends to “stick” to the cat. This may be of concern with long-haired cats and kittens, as they are more likely to get litter on their coat, ingesting it as they groom themselves. Which brings us to our next point.

One of the dangers cat litter poses to cats is inhaling its dust as they move around and dig in the box. They can also lick the grains when cleaning their paws or fur. However, manufacturers are aware of this and cat litter isn’t toxic to cats, but ingesting a large amount could pose additional risks.

If dust is a concern for you, you can find litters that are dust-free. The dust can be food-based dust from corn or wheat, or mineral-based from clay or silica. Some cats may be allergic to either kind.

Probably one of the most important factors for cat owners – and for cats too, even if for an entirely different reason.

Most cat owners like deodorised litter in order to mask the smell. Cats don’t like the stench of the litter box either, and no amount of scent will cover it from a cat’s sensitive noses!

You should opt for cat litter that absorbs odour rather than masking it. Scented litters usually do the latter, surrounding the litter tray with some kind of floral scent.

Cats have a sensitive sense of smell. They will notice if the box is dirty, even if all you can smell is the air freshener in the litter. Some cats may even be bothered by a strong floral scent. As a rule, it’s usually best to stick to unscented good-quality litter and make sure the box is cleaned as often as possible.

Some cats have allergies to specific ingredients in the litter. Both natural minerals and plants, as well as lab-manufactured additives, can trigger allergies in cats. If your cat develops an allergy, you should consider the litter as a possible source as you work with your vet to eliminate potential allergens. 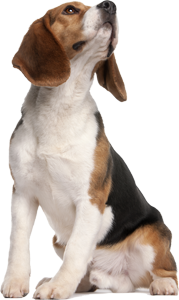 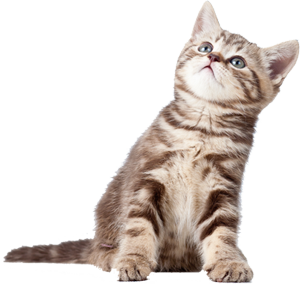